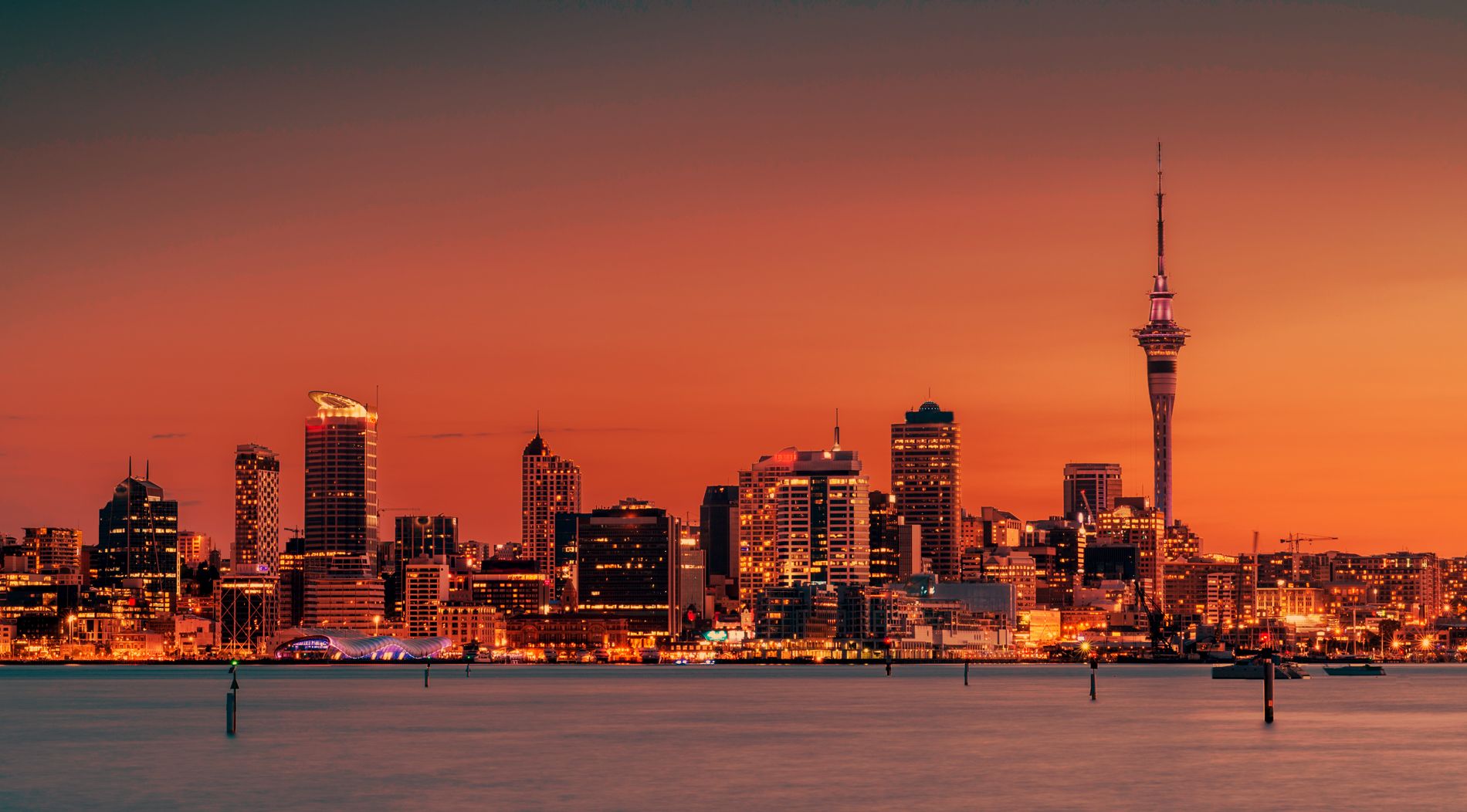 Case Study: Making a Clear Link Between Performance and Reward at The Star Entertainment Group

While many of us love a glass of bubbles and a flutter at the casino, the people behind Australia's premier casinos,Â The Star Entertainment Group, know that their people's reward and remuneration system is not something to gamble with. George Ross, GM Remuneration and Benefits, has recently embarked on a pilot program to transform their performance system, endeavouring to create a clear line of sight between individual performance and the group's wider goals.

Engagement in the system has been phenomenal with 100% participation by bonus program participants across the group and the majority of all staff having had exposure to the new tool that has put performance at the front of the minds of employees.

George will be taking us through the steps they took to implement their program atÂ HR Tech FestÂ 2016. Here, he gives us a run-down of their journey.

At the start of 2015, we were making some changes to our reward strategy across the Star Entertainment Group. We also wanted to increase the participation in our employee reward program. The aim was to implement a consistent, credible and comprehensive way of tracking performance across the business. What's more is it needed to be easy to use.

One of the objectives of the new performance measurement system would be to link individual performance to the larger goals of the organisation and make it crystal clear how our people were contributing to the bigger picture.

Before we jumped head first into a new HR technology solution, we decided to start with a pilot program using a straightforward and low-cost tool â€“ in Excel. This gave us the opportunity to take our strategy for a test drive and see if it would provide us the output that we wanted.

The Excel tool we developed has algorithms and macros built into it. It provides an intuitive customer-facing interface to help employees set their own goals, both strategic and personal, and this then feeds directly into the remuneration system. It essentially allows employees to directly link their own goals with work they can influence tactically and be rewarded from it.

Goals are set from the corporate strategic level and cascaded right down to individual goals. Each employee is asked to give a 1-5 rating of their performance against those goals and then their manager completes the scorecard. The tool then calculates a recommended score which feeds into the remuneration system.

Given we had come from a background where we didn't have formal ratings, we knew this was going to be quite a cultural change. So running this as a pilot program made everyone a bit more comfortable; we knew that if it worked out well, we'd take it and run with it and if it didn't give us the outcomes we were looking for, we would go back to the drawing board. There was a bit of a psychological safety net as we went through the whole process, which I think helped encourage buy-in and engagement across the business.

We knew that communication would be key for the pilot rollout and we found that these three strategies worked well to encourage uptake:

Capturing data around performance was a key part of this, but I think more importantly the scorecard is a great communication piece around what the strategy of the company is, where we're going and really how each person's contribution fits into that. It makes that connection in a very systematic manner. Often people tend to put larger company goals on a separate pedestal and work more closely around what they can influence tactically. The beauty of this scorecard is it marries the tactical and the strategic views of the company so that as you go through and you complete it, you actually feel as if you're working towards the broader goals of the company.

And because goals are cascaded from the top down, you really get a first-hand insight into what a more senior person in marketing or finance would potentially be managed on and how that fits into the group's core strategy.

Throughout this journey, we learnt a lot about what was going to work (and what wouldn't). Here's what I think worked well for us and contributed to this pilot being such a success.

As you move through the more operational levels of the organisation, people often get obsessed with process and the cause-and-effect of projects. We tried to move away from that to really focus more around what we're trying to achieve. That made it easier for individuals to connect their contribution with the organisation's goals.

That was a little bit of a journey to try and move people away from the â€˜how'. Our focus was more around, â€œWell here's the corporate goals, there's your contribution and there's what you and your team bring to the party.â€' We made it clear those were the three factors that come into the mix when we determine your overall score, and it is up to you to define what â€œgoodâ€' looks like.

We made a big effort to look through their lens and how they can shape those outcomes collectively as opposed to getting caught up in weighting and ratings.

Firstly, we respected that this was a significant cultural change and we would have to engage people effectively in order for uptake to be successful. As a pilot program, we were very interested in stakeholder feedback and captured this along the way. At the same time though we were clear that we weren't going to make changes to the system during the pilot. We found that some people turned the scorecard around quite quickly while others took a little longer. So if we started changing things along the way we were going to disrupt the progress and workflows of other people in the business.

Each time there was an objection or disagreement, we noted it but had to remember this wasn't automatically a business case for further change. We had to be consistent throughout the pilot period otherwise we'd end up re-shaping the model to the extent where it became dysfunctional. We'd rather invest the time in bringing people up to speed with the philosophy around scorecard than spend time making lots of minor changes to the system. It's a fine balance between being flexible in making the system work for people and scaring them off because they are overwhelmed by the size of the change.Â

We employed the help of a professional services firm to deliver this pilot. But instead of being sold a product, we started off by telling them what we wanted. We literally drafted what we wanted on a blank sheet of paper and said â€œThis is what we want to produce. Can you go off and create it?â€' I think this articulation of our strategy made it a lot easier to roll out and work through the whole journey.

Organisations are often given an HR technology tool which has been designed on a very vanilla-type platform, and you find you have to fit that mould. You walk away at the end of the day with a product which is the same as the guy next door and it doesn't have any tailoring to your own position. Customization of software is great but often leads to all sorts of unintended consequences to back-end maintenance. And what ends up happening is people find customising all too hard and end up adopting something off the shelf, missing out on a key principle of their strategy.

One example I can give you is that we've got a component of the scorecard where 5% of an individual's rating is directly based on the average of their direct report's scores. The scorecard automatically looks up who reports to this person and calculates that average. A little tailor-made solution like that was easy for us to put into the original design of the spec sheet and build it into our tool. Whereas if we had used an off-the-shelf product, that may have been something that required a lot of customisation and investment, and could well have gone into the â€œtoo hardâ€' basket.

The Star is a group that has been largely decentralised in the past but is now moving towards a common brand, so ensuring our consistent governance framework is a high priority. Governance was therefore a top priority when we were rolling out the scorecard and there were a few things we did in order to ensure we maintained a standardised approach across the organisation:

Achieving a balance between centralised governance and making it easy for individuals who have to engage with the tool is really important. Make sure you speak to people in the language that works for them while not detracting from the bigger aim.

We were quite overwhelmed with the response. Every bonus plan participant submitted a completed scorecard with ratings populated for each of their personal initiatives and comments on the years' performance. I think this was quite stunning given it was the first time we'd run this process centrally. It was a big cultural change for people and they absolutely embraced it.

I think performance is now front mind for a lot of people in the organisation and they now have more of an appreciation for the cause and effect relationship between performance and reward outcomes. That for me has been the biggest win â€“ amplifying that connectivity between those two dependencies.

A process change like this means a little more time and investment in our administration but I think the discussions prompted by it are more than worth this investment. Employees and managers now have more of a reason to catch up on performance and have those (sometimes) difficult conversations. And because it's gathered from the top down, we get to hear from the highest levels in the organisation and we can cascade that information down as well.

I'm hoping as we continue this it will become less about the arithmetic of the whole thing and more around people saying â€œWhat does good look like and how can I influence that?â€'

We're about to go into phase two of the program, where we look to take the Excel product onto a more stable HR technology platform. At that point we'll also look to roll it out to the entire organisation but we need to just be convinced and assured that the mechanics and philosophies on which it is built are rock solid first. We're then going to look at linking it into talent, position, planning and a couple of other key people strategies. It's going to be a big project, we've certainly got our work cut out for us, but based on the results of the pilot program I'm excited about what's to come.

George RossÂ is GM Remuneration and Benefits at The Star Entertainment Group. He is a qualified Chartered Accountant who brings over 12 years' financial experience to Human Resources. In his current role, he is instrumental in developing remuneration solutions and strategies across a multitude of disciplines with a core focus on connecting pay to performance and maintaining good governance principles.